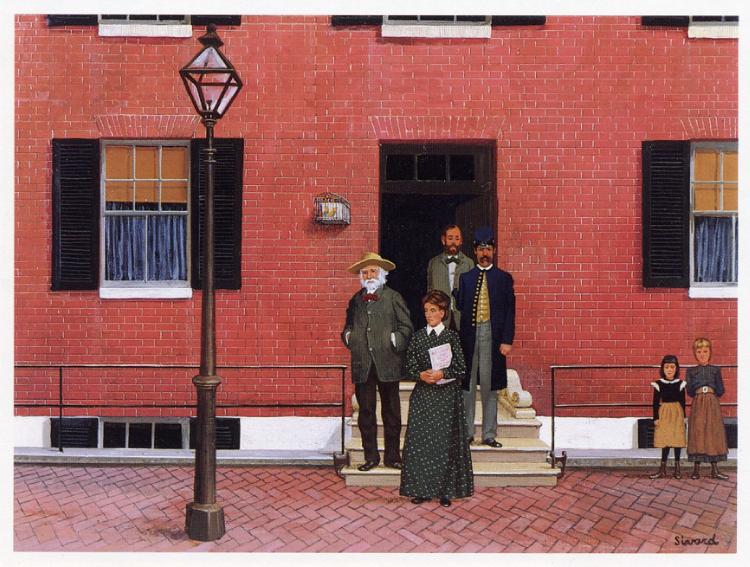 Whitman, Alcott and John Burroughs, then unknown writers, were all on the staff of the Union Hospital at 1311 30th Street, NW, Georgetown, Washington DC, during the Civil War. The building, built in 1820, had housed a young ladies seminary, thus the origin of the name ‘Seminary Hospital’. It was requisitioned for use as a hospital when the first wounded Union troops were returned to Washington. The building still exists. A plaque on it memorializes not only its use as a hospital but also lists some of the Senators, Cabinet members and other prominent Washington citizens whose families attended the Seminary.

Walt Whitman and Louisa May Alcott at the Seminary Hospital, 1863