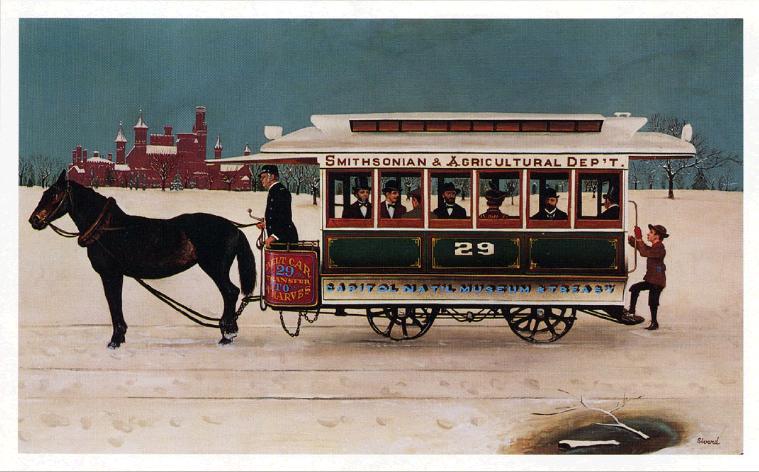 The Washington Belt Line Trolley ran from Capitol Hill to the city wharves at 7th Street, SW, Washington DC. It was patronized by some of the leading citizens of the time. As it passes the castle of the Smithsonian, it is shown carrying Spencer F. Baird, Secretary of the Smithsonian, Edward M. Gallaudet, President of the National Deaf Mute College of the Columbia Institution (now named Gallaudet College), Carl Shurz, formerly Secretary of the Interior, and Robert Todd Lincoln, President Lincoln’s son and, at that time, Secretary of War.

The Smithsonian Institute used this image for their annual holiday greeting cards.